Should You Install A Dropped Ceiling To Facilitate Your Commercial HVAC?

You want to upgrade your HVAC system. But should you run it through your existing ceiling, or install a dropped ceiling? Should you expose your HVAC system (typical in many industrial buildings), or hide it with a roofing kit? There are a few things to consider.

The Benefits of a Dropped Ceiling

A dropped ceiling is a staple in many offices, and it provides a few major benefits:

The latter is important. Since the HVAC system isn't visible, it doesn't have to be as organized and orderly as it would be otherwise. Maintenance is faster and simpler.

The Drawbacks of a Dropped Ceiling

Not every business can install a dropped ceiling. A dropped ceiling usually has a gap of at least two feet, so if your ceiling is already low, it's not going to be suitable. A dropped ceiling can also be more expensive than simply installing a visible HVAC, depending on the location. And not everyone likes the appearance of dropped ceilings. The industrial look is now popular for restaurants, bars, and other entertainment venues.

The Alternatives to a Dropped Ceiling

When installing a commercial HVAC system, there are really three options: installing into an existing ceiling, using a dropped ceiling, or exposing the HVAC system.

Whether these options are open for your business will depend on how your commercial space is already designed.

Ultimately, the HVAC system will be just as efficient regardless of how it's installed. This isn't a question of efficiency, but rather aesthetics. Installing a dropped ceiling comes with some complications, but it's a neat way to keep everything tidy and well-insulated. At the same time, an exposed HVAC system may be easier to install, or more aesthetically pleasing. 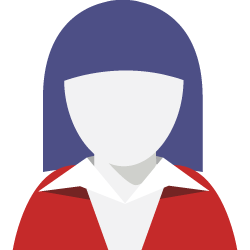 Hey everyone, my name is Sasha. My first home had constant problems with the furnace, air conditioner and purification systems. The problems often caused the components to fail to operate, which led to constant temperature fluctuations inside the home. Upon tiring of this situation, I elected to have all of the devices replaced with new ones by a skilled HVAC contractor. After the install, the HVAC contractor set up a maintenance schedule to keep the devices operating smoothly well into the future. I will use this site to explore these HVAC topics in more detail. Thank you for visiting.